We hear a lot about company cultures these days. Zappos has a great culture, while often Amazon gets a bad rap. But what exactly makes a company culture great? Why should you worry about your company’s culture, and what does “dressing in drag” have to do with it?

Your company’s culture doesn’t have to be an official document, but it generally starts with the founder or CEO and grows organically over time based on the people your company hires. Your company’s core values can be the foundation your culture builds from.

What is a company culture?

Company culture is not a one-size-fits-all. What works for Southwest Airlines might not work for your company, but you can look to companies like that for inspiration.

How about introducing a health and wellness program? Who can walk the most, increase their steps the most, or host a health expo? According to a study in Health Affairs, for every dollar companies spend on wellness programs, they save about $3.27 on medical costs and another $2.73 on absentee costs.

“When people know that leadership cares about them, they’ll do remarkable things for that leader—and for the organization.” – Dave Ridley Southwest Airlines

How does a good culture benefit a company?

A good culture will make employees look forward to going to work. They’ll think of their co-workers as their work family and enjoy the time they spend at work. When your culture is a good fit for those you hire, work won’t be a stressor that’s dreaded every day. This, in turn, will provide a safeguard against turnover.

According to a recent study by psychiatrist and author Michelle McQuaid, unhappy employees take fifteen more sick days per year than average ones. Further, 65% of employees would rather fire their bosses than get a pay raise! A Columbia University study shows that the likelihood of job turnover at an organization with a high company culture is a mere 13.9 percent, whereas the probability of job turnover in a low company culture is a whopping 48.4 percent!

“If you are lucky enough to be someone’s employer, then you have a moral obligation to make sure people look forward to coming to work in the morning.” – John Mackey, Whole Foods

Here at ClearSource, one of our core values that sums up our culture is “Enthusiastic and Fun – We love our work and have fun doing it.”

Google has its in office slide and Twitter has its rooftop meetings, but it’s simple changes like these that really can help improve employee performance. Ask about an employee’s weekend, pet, sports team, or hobbies. As you learn more about your employees’ lives outside of work, you’ll not only make them feel valued as workers, but as people. Share knowledge with them about industry or company changes. Your company’s culture should not only seek feedback, but when possible, implement changes based on that feedback.

And what does “dressing in drag” have to do with this? Well, Richard Branson once lost a bet to Tony Fernandes of AirAsia over whose Formula One racing team would beat the other, so he ended up dressing as a flight attendant on his airline! This certainly shows the kind of culture Branson created for Virgin Group!

“There’s no magic formula for great company culture. The key is just to treat your staff how you would like to be treated.” – Richard Branson

Whether dressing in drag fits your culture vision or not, the fact remains that cultivating a unique and positive company culture is a surefire way to increase employee loyalty and satisfaction. 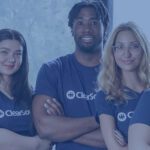 Avoid Recessionary Cutbacks with This Strategy

How your customers benefit from the right BPO partnership

If Covid-19 taught Customer Experience executives anything, it was the 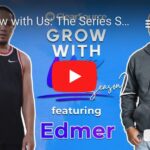 Grow with Us: The Series Season 2

ClearSource encourages every member of the team to share their 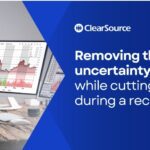 Will CX Survive or Thrive During the Recession?

According to Bloomberg Economists Anna Wang and Eliza Winger, the 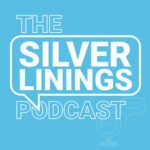 Removing the ‘Carrots’ from Leadership